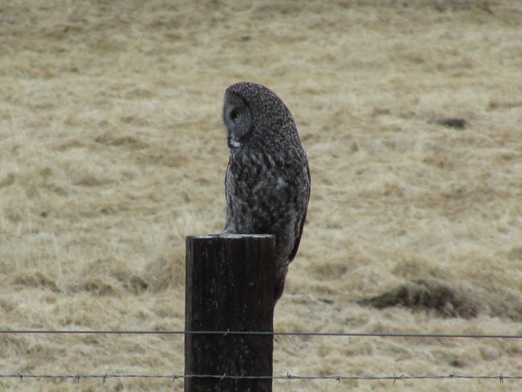 This photo is of a Great Gray Owl that showed up on the fence across the street from our front porch on Easter Sunday 2015. 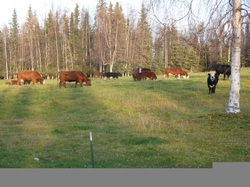 Cattle and some horses are pastured across the street from the Alaska Retreat. Raising Cattle is somewhat rare in the state of Alaska, and so it is enjoyable to look upon this pastoral setting from the retreat. 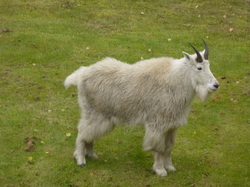 In the Fall of 2013, we were surprised to see a wild Mountain Goat at the Alaska Retreat. He was very lost. He spent the night and all day at the retreat. We enjoyed seeing him walking around, feeling safe because the area is surrounded by trees. Roger named him "Billy". His full name was Billy Goat. The event was so rare in this area that the story was covered by KSRM radio and on The Alaska Life Facebook page. The Fish and Game Department had reports of previous sightings.  In the middle of the second night, the Mountain Goat  headed back to the rugged mountains of Alaska, just 35 miles away. 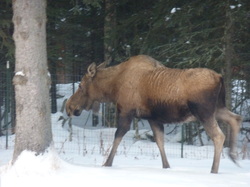 A cow moose spends time at the  Alaska Retreat. 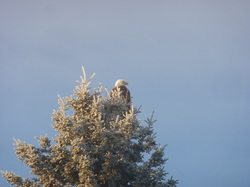 A Bald Eagle rests in the top of a spruce tree at the Alaska Retreat.

Caribou paw through the snow to browse on grass near the Alaska Retreat.
Powered by