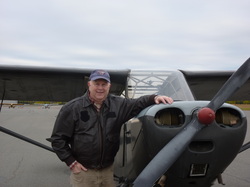 Roger Holl with his L-16 Aircraft. The L-16 was used by the Army and Marine Corps as a Liaison Aircraft. It is also an outstanding aircraft for  Alaska Bush flying. 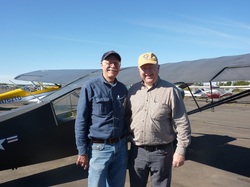 Dr. Terry Dilley, a missionary for Arctic Barnabas, assists Roger Holl in ferrying an aircraft to the Soldotna Airport for annual inspection.  The assistance of Arctic Barnabas was greatly appreciated. 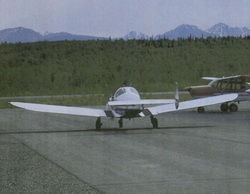 Roger''s Ercoup taxiing for take-off in Alaska. The Ercoup is a restoration of a World War II aircraft, known as the PQ-13. This aircraft is faster and has long range capability for flying in Alaska. 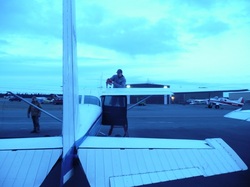 Arctic Barnabas fuels up before a flight with VisionAlaska at the Kenai, Alaska Airport. Mission Pilot, Rob Dillingham assisted greatly in this flight.
Powered by